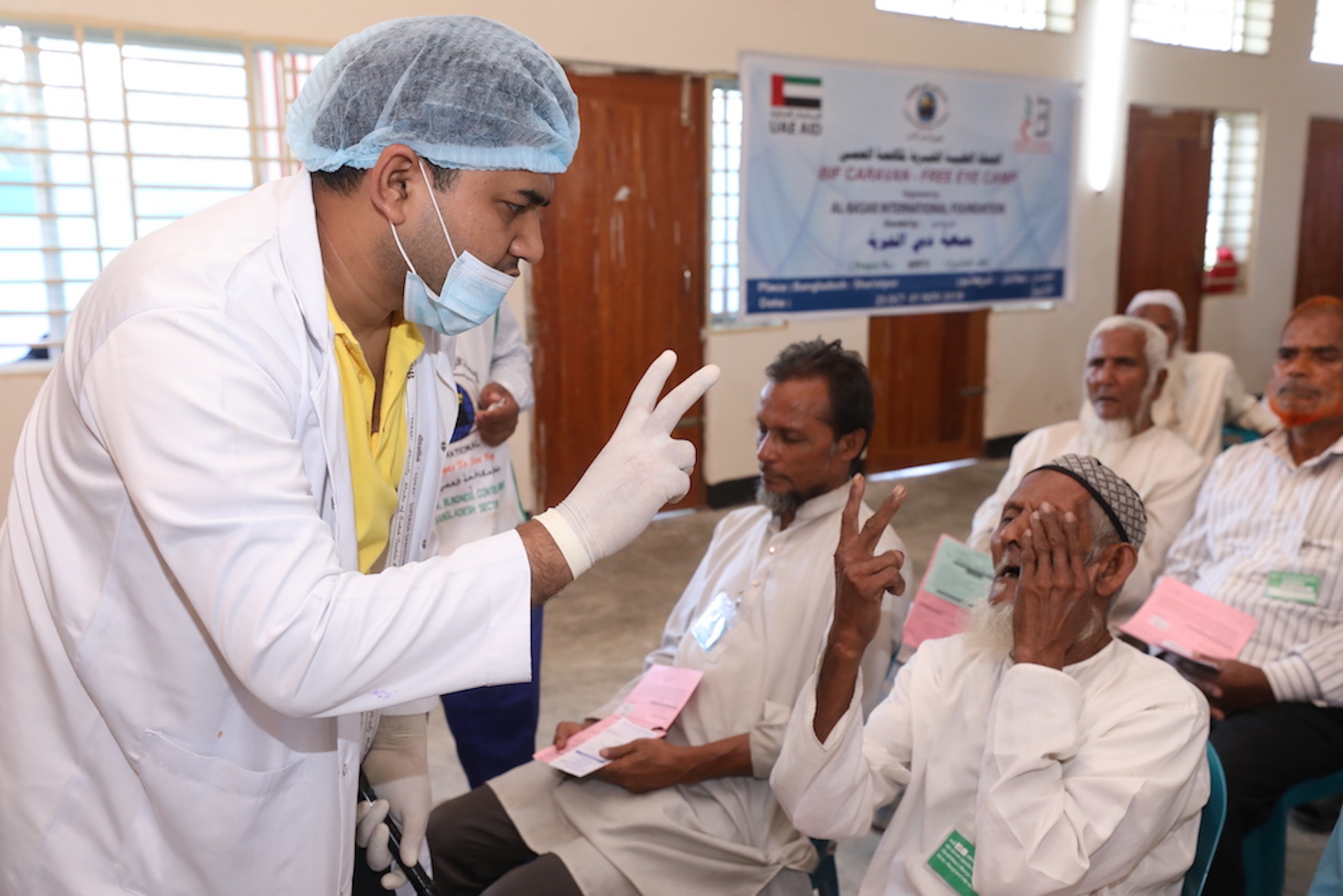 70 year old Abdul Majid, is from the district of Shariatpur in Dakka, Bangladesh. Majid works as a rickshaw driver to earn a living for his family. However, his sight was deteriorating over the years, becoming cloudy and making his life difficult.

Majid delayed going to an eye hospital due to the costs involved, which meant he was not able to get the correct treatment for his condition.

With Majid’s children all married and struggling to sustain their own households, he become more dependent on others. This put an immense pressure on his already ailing wife.

But all this was about to change for the better, when Majid’s neighbour, a retired headmaster, handed him a leaflet which read, “Free Eye Camp, Held in Shariatpur”.

I have worked all my life to secure a respectable life for my family. My sight became cloudy and working was difficult.

To his delight, Majid made sure to attend this eye camp held by Albasar’s team of international ophthalmologists, technicians and nurses that carry out upto 84 such camps annually in Africa and Asia.

Our specialist team were able to examine Majid and gave him the right diagnosis of cataract. A condition which causes the build-up of protein in the eyes, making sight cloudy and eventually, if untreated can lead to permanent blindness. But fortunately this wasn’t the case for Majid.

Our team were able to schedule him in for a quick 10 minute procedure under local anaesthetic to remove the clouded lens and replace it with an artificial one.

He recalls the moment he was filled with joy as the bandages were removed and he can see his children and the world clearer again.